What Are The Different Types of E-Commerce Businesses?

Let’s take a look at the full range of business transactions that can happen online. The umbrella term E-Commerce is inclusive of all of these.

Business to Business E-Commerce: that is what B2B E-Commerce means, as many would know. When business transactions happen between two businesses in the online marketplace – that is B2B E-Commerce. When one company buys raw materials, services or finished goods from another company for their own products or services, that is B2B commerce. When such deals happen electronically through the internet, it is B2B E-Commerce. There are several B2B marketing platforms that are popular and efficient that big multinational brands are using.

Take Shopify Plus as a case in point. Global giants like Adidas, Citizen, L’Oreal, Motorola and Tesla use Shopify Plus for their B2B business needs. Companies like Adidas need B2B support on two counts: transactions with wholesalers and transactions with retailers. There are other needs such as procuring the necessary ingredients for their products and services. Shopify Plus is the preferred platform for these companies with reference to their B2B needs. That’s not surprising, given that Shopify Plus is an award-winning cloud-based B2B and B2C E-Commerce platform. It is a platform that supports both types of E-Commerce on the same platform.

The beauty of Shopify Plus is that small to medium entrepreneurs are also using this E-Commerce platform for business growth. It is a little expensive. But its efficient integration, sensitive customer support, and fast interface makes the platform good value for money. You could also extend the functionality of your Shopify store by adding apps like Shoppr, which are really simple to integrate with Shopify.

Even more interesting is the fact that 22% of the top-ranked websites that use E-Commerce technologies use the WooCommerce platform. This is where it dominates over both Magento, which has a 13% share, and Shopify, which has an 18% share.

Consumer to consumer business deals using the electronic marketplace: that is what C2C E-Commerce is all about. But this apparently simple transaction pattern is really a new business model that has evolved with the growth of E-Commerce. Direct interactions between consumers to buy and sell using online portals as a business model is growing fast. This is because C2C E-Commerce is significantly cost-effective as the absence of wholesalers, retailers and other middlemen in the process.

Airbnb, eBay and Etsy are top-ranked C2C E-Commerce platforms that earn by lending their platforms to sellers. However, this is also another area where Facebook offers a free portal to operate from.

This is one of the less-discussed business models in the E-Commerce marketplace, but that does not make it any less important. C2B stands for consumers selling products or services to businesses online. It has the potential to grow into a steady business model in the near future. It is already in practice in many different ways. Think of celebrity endorsement of different brands: that is an example of C2B business. When that happens in the E-Commerce sector, it is C2B E-Commerce. Freelancer.com, the Australia-based online marketplace that connects freelancers with individuals and companies needing specific services is a typical example of a C2B platform. The company reported a 3.1% rise in its annual revenues in 2018. That is an indicator of the growth potential of this segment.

This is a fairly regular feature of E-Commerce, but much less discussed in E-Commerce discourse. This business model involves online dealing between businesses and public services. Administration here stands for government and some experts refer to this model as B2G: business to government.

Another term for B2A or B2G E-Commerce is public sector marketing using the online marketplace. A typical example of this business model constitutes of businesses bidding on government tenders online.

India’s newly launched Government E-Marketplace is an example. However, this platform offers options for both buyers and sellers.

Consumer to administration (C2A) or consumer to government (C2G) E-Commerce is more common than may appear at first. Many of us are well versed in submitting electric bills online, for example. That is a typical example of C2A or C2G E-Commerce.

B2A/B2G and C2A/C2G E-Commerce remains less discussed as the potential for growth in these two business models is entirely dependent on the administration, i.e. on the government. Private players have little role to play in using these E-Commerce models for disrupting current practices.

As of now, market trends reflect that the first three types of E-Commerce models have the highest potential for growth: B2B, B2C and C2C. With regard to B2B and B2C models, there are many highly popular E-Commerce platforms that work for both.

Shopify is one such platform. Magento is another highly popular E-Commerce platform available to both B2B and B2C businesses. Just as Shopify Plus has a number of big names on their B2B E-Commerce platform, so does Magento. Ghirardelli, Nike, Olympus, and Rosetta Stone are some of the big brands that use Magento.

So, what is the difference between Shopify and Magento? There are several as it happens, starting with their coding language. Magento uses PHP while Shopify uses Liquid. Another important difference is that the Shopify code is exclusively owned by the company while the Magento code is freely available.

The open-source PHP gives Magento an edge over Shopify, because it is possible to alter the template code. That is not possible with the proprietary Shopify template code.

Magento is the current leader in the competition with a higher overall search ratio, informs Google. It also has a 14% share of the top million sites while Shopify has 6%. In terms of numbers, however, Magento has powered 250,000 sites while Shopify powered sites total to 600,000.

Shopify is a charged platform while Magento is free. However, Shopify takes care of hosting your online store, but you’ll have to bear the hosting cost for Magento. Also, users testify that Shopify is more user-friendly than Magento, which needs some knowledge of coding to fully understand how the software works.

Magento fans vouchsafe that the new version of Magento 2 is more user friendly than Magento 1. This new version has resolved many of the issues raised by customers about the first version.

Magento has 3000 apps and add-ons to Shopify’s 2400. But Shopify offers more than 100 themes while Magento offers just above a dozen. However, you can tweak the Magento themes to suit your liking. Your option for tweaking is limited with the proprietary Shopify themes.

When it comes to 24X7 customer support and a supportive user community network, both the platforms score high.

Our research points that for companies by not-so-savvy entrepreneurs, Shopify may be a better choice. However, if you have a technological bent of mind, you’ll probably enjoy working with Magento more. Also, if your business is already at a stage of growth needing many apps and add-ons, Magento would be a better choice for you.

Signing off on that note, with promises to return with more insights on E-Commerce. Positive strokes for your business growth! 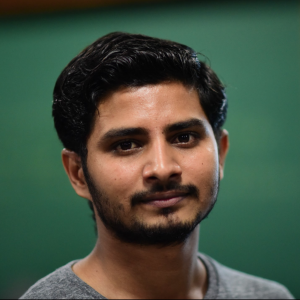